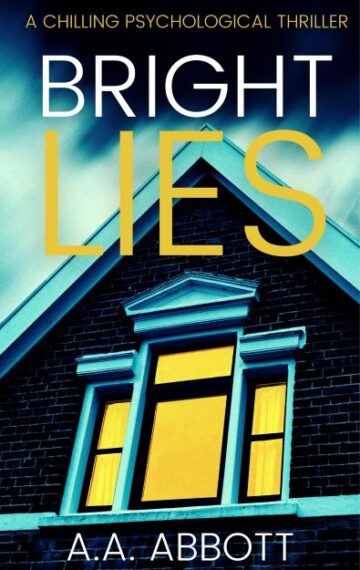 A Chilling Psychological Thriller. Emily learned too much, too young. Can she break free?

Emily’s dreams come true when her mother marries wealthy painter, David. Thanks to him, Emily’s artistic talents shine. Then he starts teaching her things a 14-year-old shouldn’t know. When Emily escapes from David’s luxury mansion, she’s penniless and forced to sleep in a rat-infested alley.

Bad boy Jack has turned his life around. Working as a DJ with ambitions to open a club, he rescues Emily from the streets when he sees a woman in trouble. He doesn’t know she’s still only 15 – and trapped in a dark web of secrets and lies.

David must find Emily and silence her. As he closes in, Jack faces the hardest choice of all. If he saves Emily from the man who’s stolen her childhood, he’ll kiss goodbye to his future…

What would you sacrifice to save a life?

…compelling drama that will keep you turning page after page…

“David was a chilling antagonist indeed… this gives the work its most sinister moments, with compelling drama that will keep you turning page after page. Overall, I would highly recommend Bright Lies to fans of well-penned and deep psychological drama.”

Chill with a Book Award

Bright Lies  has received a Chill with a Book Readers’ Award. 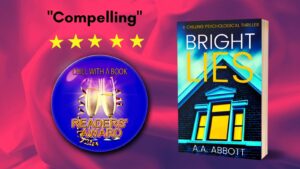