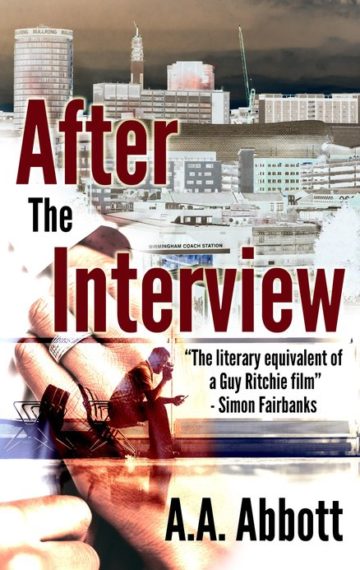 After the interview – business gets personal…

This is the story of Andrew Aycliffe’s thirst for revenge.

It’s also the tale of Jed Gardner, an IT genius who prefers computers, music and trains to human beings – at least, until he meets beautiful Melissa Stevens. But she’s about to marry the annoying Boris Brooks.

Three love triangles, two murders and an £80m fraud later, is anyone left to live happily ever after?

Described by one reviewer as “the literary equivalent of a Guy Ritchie film”, this crime thriller is a witty, slick page turner segueing between the busy British cities of London and Birmingham.