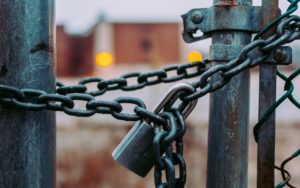 After taking time out to finish my latest crime thriller, The Vodka Trail, I’m reading lots of fabulous fiction again, and Thriller of the Month is back! Barbara Copperthwaite’s Flowers for the Dead is a psychological thriller on a par with Ruth Rendell’s darker works – an all too believable story of the harvest reaped from a dysfunctional childhood.

Anti-hero Adam is rich, young, athletic and alone in the world. He’s also painfully shy and can’t communicate easily with women. Although he knows the meaning of different flowers, having taught himself from an old book, even his hand-tied bouquets are misunderstood by the girls he fancies.

Orphaned in his late teens (and we learn more about that as the tale unfolds), Adam lives in a Victorian mansion in a swanky area of Birmingham. He travels far and wide in pursuit of young women – London, Colchester, Reading and inverness. It takes years for the police to realise they’re looking for a serial killer. Segueing between past and present to show us how a killer was made rather than born, Barbara Copperthwaite draws us skilfully into the minds of Adam, his victims and the policeman who’s racing against time to rescue the latest object of the killer’s fixation.

There’s just enough police procedural detail in the book to satisfy crime fiction fans, but this novel is all about the serial killer’s psychology, the warped logic that allows Adam to justify his acts to himself. Emotionally, nothing is black and white. It is possible to pity Adam, while still being repulsed by his crimes and rooting for DS Mike Bishop to save the day. The final suspense-filled finish is a real nail-biter.

This is journalist Barbara Copperthwaite’s second book and a third is expected soon – definitely one to watch!

I’m a British thriller writer who’s just released The Vodka Trail – a suspense thriller. Just like Flowers for the Dead, the conflicts in the story have their roots in the past…