Mel has found the man of her dreams. After an aristocratic upbringing in rural France and a spell in the French army, she’s ready to settle down and make babies. Parisian financier Gérard appears to be everything she’s looking for: rich, handsome and besotted with her. Sadly, a romantic holiday in London turns into the stuff of nightmares. Mel wakes up in a hotel room to find Gérard dead in bed beside her. Worse, London cop Jeff McCracken thinks Mel is the killer.

Once her innocence is proven, Mel is offered a job with an elite European spy team. She jumps at the chance. They’re investigating dodgy financial deals with which Gérard was apparently  involved. She hopes to prove him innocent and find his murderer. To their mutual dismay,however, Mel is required to work alongside the newly promoted Jeff McCracken. A man from a deprived background, Jeff regards as Mel as snobby. She sees him as coarse and misogynistic. Perhaps they are both right, but as the case progresses, they learn to work together. What they find causes Mel to question her belief both in herself and her relationships.

This is an action thriller, with plenty of fist fights and shoot-outs. They’re very believable, as you’d expect from Alison Morton, a former British Army captain. Her knowledge of Poitou in France, where she now lives, is also put to good use. While the genre is a departure for Morton, who previously penned a series of alt-history thrillers, the story follows her tradition of creating ballsy, kick-ass heroines.

Well-written and fast-paced, “Double Identity” is an absorbing read and a perfect piece of escapism during the pandemic. It’s currently on a blog tour, so you can find out more about it here.

If “Double Identity” has whetted your appetite for an international thriller packed with action, dodgy deals and a strong female lead, look no further than “The Vodka Trail”. It’s the second thriller in my Trail series, and also a superb read on its own!

Imagine you had a magic wand that could make all your dreams come true. Wouldn’t that be brilliant? Now, step back from fantasy to reality. There is a way to realise those dreams without magic or megabucks. It’s called setting goals. On Make Your Dreams Come True Day, why not take time out to do it? Even ten minutes can take you closer to achieving your desires.

It’s crucial to have realistic goals. That might mean breaking down a task into chunks, or setting less arduous goals as stepping stones. For example, if you want to write a novel but you haven’t even written a short story yet, set yourself the target of producing a short tale first. You’ll feel good when you achieve that first success and you’ll have developed skills that will help you in your ultimate aim.

We can learn from big corporations here. If you’ve ever worked for one, you’ll be used to agreeing SMART objectives with your manager – that is, you’ll agree on tasks which are Specific, Measurable, Attainable, Relevant and Time-bound. Employers do this for a reason. They know that SMART goals are likely to succeed.

A Case Study in SMART Objectives – The Vodka Trail

Looking back at my writing resolutions for 2016, #1 was to write a sequel to my British mystery thriller, The Bride’s Trail. This ticked all the SMART boxes – it was:

Specific – I would write another thriller about glamorous Kat, shy Amy and arrogant Ross.

Measurable – the objective would be met when the book was published.

Achievable – I’d already written and published one thriller a year from 2013 to 2015.

Relevant – I’m a writer, after all.

Time-bound – I announced to the world that I’d do it in 2016, but in my mind, I gave myself 6 months from mid-January.

The Vodka Trail, the twisting tale of Kat’s kidnap by terrorists, was published on 18 July 2016! The rest of the thrilling series – The Grass Trail, The Revenge Trail and The Final Trail – followed in 2017, 2018 and 2019. As with my latest novel, dark psychological thriller Bright Lies, I plotted each book in advance and planned chunks – chapters – before sitting at my laptop to write them.

My Top Tip is: Share Your Goals! Just as I did when announcing my writing resolutions for 2016, tell others of your plans and they’ll help you to stay accountable for them.

Whether your dream is to change jobs, write that novel or make the world a better place, I wish you the very best of luck!

Bright Lies, heralded by respected American review site Readers’ Favorite as “5 star compelling drama” had its origin in a dream 30 years ago. In that dark night-time fantasy, Emily emerged fleeing from danger and finding sanctuary with troubled nightclub DJ Jack in his Birmingham squat. It has taken many years to channel that dream into a book, but the great reviews prove it was worth it. Click on the book’s cover here to start reading. 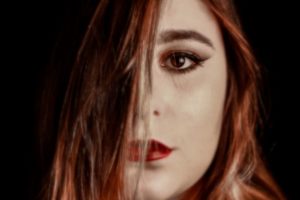 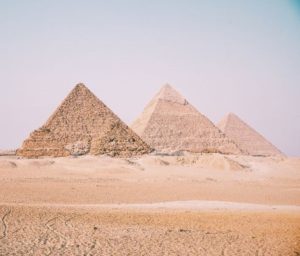 My grandfather was a telecoms troubleshooter. As a young Englishman in the early 20th century, he travelled the world, supervising the laying of cables across the sea, then keeping the signal crystal-clear after that. If equipment was broken, he’d fix it himself. His work took him to New York, Odessa and Persia, in ships and steam trains and a Model T Ford.

Despite his can-do attitude and undeniable skills, he never picked up a book. My grandfather was dyslexic; reading and writing was a struggle for him. He wasn’t alone, of course. Although I dodged that bullet myself (to compensate, fate decreed I’d be rubbish at DIY), dyslexia features in every generation of my family. In fact, 10% of Britons are dyslexic.

It isn’t that hard to produce a dyslexia-friendly book, but it costs more than a traditional paperback. That’s because, with larger letters and more space between the lines, the page count zooms up dramatically. Perhaps that’s why nobody has published fiction for adults with dyslexia – until now. Perfect City Press has produced new editions of my crime thriller, The Bride’s Trail, and its sequel, The Vodka Trail. Spot the difference!

They’re also an option for older readers and anyone with visual stress – we’ve used a large sized sans serif font, lots of space, and cream paper, and they’re still affordable at £16.99. That compares with £7.99 for the traditional paperbacks and £1.99 for the e-books.

E-books are a great alternative, of course. You can adjust the style and size of the font, and sometimes the colour of the background. But for me, nothing beats a good old-fashioned paperback – and I suspect dear old Grandad would finally agree!

I’m a British crime thriller writer. I’ve written a variety of short stories, and four full-length thrillers sizzling with suspense, sex, love and death. My latest, The Bride’s Trail and The Vodka Trail, are available in e-book, traditional paperback and dyslexia-friendly paperback editions through a variety of bookstores and online retailers.