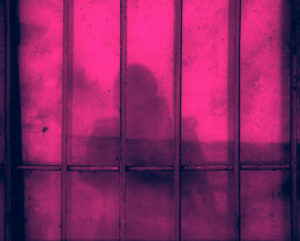 Beautifully written, action-packed and stuffed with heart-stopping cliffhangers, “Inceptio” is a crime thriller like no other. Although writer Alison Morton is British, her twenty-something heroine is an American girl living in New York. At first, Karen’s life seems straightforward – she’s left the Midwest behind, works at an ad agency and volunteers in the local park. Her bubble bursts when she angers a powerful politician by throwing his drug-user son out of the park. Events take a still darker turn. When Karen meets a handsome young foreigner through her work, secret agents warn her to stay away from him.

It rapidly becomes clear that Alison Morton has written about an alternate history world, where a corner of the Roman empire survived in the technologically advanced European state of Roma Nova. Her family links to Roma Nova put Karen’s life in danger, and there’s only one way out. But Roma Nova itself harbours more perils than Karen can imagine.

The writer was an army captain!

The chatty and charming Alison Morton is often out and about at literary festivals, and it was a shock to realise that she was once a captain in the British Territorial Army. She’s put her knowledge to good use, with fantastic fight scenes and descriptions of guns and other military gadgets. This really is a story that has it all: political and military intrigue, dangerous criminals, romance, hi-tech gadgets and action.

Having picked up the book because it was free, I was completely drawn into the world of Roma Nova and didn’t want the story to end. Luckily, “Inceptio” is the first in a series – so, although the book came to a very satisfying conclusion, there’s another fix of Roma Nova waiting!

I also write crime thrillers, although mine are set in the British cities of London and Birmingham. However, like “Inceptio”, I feature a twenty-something heroine in fun, fast crime story “The Bride’s Trail”! Do check it out.