Tense psychological thriller about the Troubles 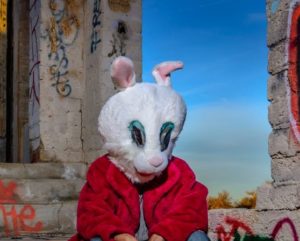 British writer Tom Bryson is uniquely qualified to write a psychological thriller about the Troubles in Northern Ireland – he’s a Derry boy who lived through them. “Blood Red Rabbit” begins in the aftermath of a terrible crime: a bomb blast in a busy town centre. Neither side of the sectarian divide claims responsibility, possibly because both are affected by it. Protestants and Catholics alike have lost loved ones, and the survivors are hurting. Guilt gnaws at Tony, who saw a fellow football supporter lose a hand. Teenage student Neil should have a bright future, but is overwhelmed by grief for his dead sister. John wishes he’d died instead of the colleague who swapped shifts as a favour.

Deadly ripples spread. Alcoholism, mental illness and revenge stalk the town. There will be further deaths before green shoots of reconciliation emerge. Slowly, they do. From the mourning family who laugh as they speculate whose bomb it was, to the hate crime victim who just wants to move on, to an accidental romance that bridges the divide – hope springs in unexpected places. Ultimately, the greatest gulf is between those who stay damaged by the past, and those who put it behind them.

Should be a bestseller

The characters in this tense thriller are well-drawn: distinct, interesting, not always lovable, but wholly believable. Through them, the historic differences and present-day experiences of Catholics and Protestants in Northern Ireland are explained and contrasted. The plot is sad, mad and finally, inspiring. Tom Bryson writes with a sure hand equal to any book in the bestseller charts.

“Blood Red Rabbit” is 99p  as an ebook (paperback also available) – an absolute bargain for writing of this quality.

If you like a tense thriller with its roots in the past, try “The Vodka Trail”. Birmingham businessman Marty Bridges made a fortune when the Soviet Union imploded, but Kat White, daughter of his dead business partner, is convinced he has blood on his hands…